Yom-e-Ashura is one of the three major commemorative events on Muslim Calendar; the other two are Ramadan and Eid- al Adha. There are several other celebrations like Milaad (Prophet’s birthday), Shab-e- Baraat, Shab-e-Meraj, Ghadir Khumm, Ismaili Imamat Day etc. These are collective festivities and commemorations of Muslims of many denominations. 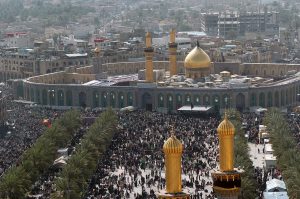 Yom e Ashura in (10th day of the month) the month of Muharram is a commemoration and not a celebration (for my non-Muslim friends). It was a battle between good and evil fought some 1336 years ago. Imam Hussein (RA) stood up against the wicked King Yazid, and refused to endorse him as the spiritual leader when he appointed himself as the “Caliph” of the growing Muslim community. In the battle that followed Imam Hussain and his whole family including a baby was martyred. It is a very tragic story and my eyes have welled up every time I have heard during the Muharram gatherings at the Shia Mosques and homes.

Imam Hussein’s sacrifice is a constant reminder to us that we have to stand up for what is right. Mahatma Gandhi has often cited Imam Hussain’s resistance against corrupt rulers.

I have written about it a few times, here are two articles handy.

Muharram – a catalyst for change
http://worldmuslimcongress.org/muharram-2014-a-catalyst-fo…/

I urge Muslims to pray that we all get the courage and commitment to stand up for justice in the footsteps of Imam Hussain.