Spread the love
December 11, 2016, Washington, DC — The 3rd Annual Summit of Rabbis and Imams was held today at Tifereth Israel Congregation in Washington, DC. The theme of the summit was standing up for each other and building enduring relationships to contribute towards the cohesiveness of America, an America where no one has to live in apprehension or fear of the other. 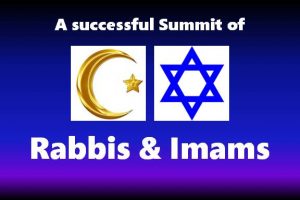