The following article in the letter format boldly takes on misogyny expressed in the film Padmaavat. It is a good article questioning the misogyny and role of women in the society. She sets out writing about Gender Pluralism, but in between, she brings in atrocities committed during the partition of India and she has left blanks without clarifying the occurrences but reinforces prejudice against the people of other religion. If you see differently, please share your comment.
Mike Ghouse
Courtesy: The Wire, India 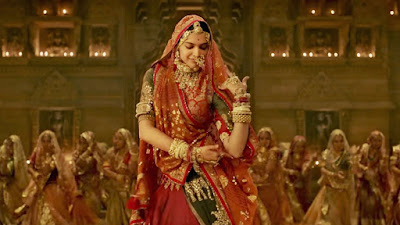 Dear Mr. Bhansali,
At the outset Sir, congratulations on finally being able to release your magnum opus ‘Padmaavat’ – minus the ‘i’, minus the gorgeous Deepika Padukone’s uncovered slender waist, minus 70 shots you apparently had to cut out.. but heyyyy! You managed to have it released with everyone’s heads still on their shoulders and noses still intact. And in this ‘tolerant’ India of today, where people are being murdered over meat, and school children are targets for avenging some archaic notion of male pride, that your film even managed a release – that is I guess commendable, and so again, congratulations.
Congratulations also on the stunning performances all around by your entire cast — primary and supporting.  And, of course, the film was a stunning visual treat. But then all of this is to be expected from a brilliant auteur like yourself, a man who leaves his stamp on everything he touches.
By the way Sir, we know each other, after a fashion. I don’t know if you remember, but I played a tiny role in your film Guzaarish. A two-scene -long role, to be precise.  I remember having a brief chat with you about my lines, and you asking me what I thought about the lines. I remember feeling proud for a whole month that Sanjay Leela Bhansali had asked me my opinion. I watched you agitatedly explaining to junior artists in one scene, and to the jimmy jib operator in the second scene; some minutiae of the particular shot you were taking. And I remember thinking to myself, “Wow! This man really cares about every little detail in his film.” I was impressed with you Sir.
An avid watcher of your films, I marveled at how you pushed boundaries with every film you made and how stars turned into fierce and deep performers under your able direction. You moulded my idea of what epic love must be like and I fantasised about the day I will be directed by you in a protagonist part. I was and remain a fan.
And I want you to know, I really fought for your film when it was still called Padmavati. I grant you, I fought on Twitter timelines –not on the battlefield, and I sparred with trolls not raving manic Muslims; but still I fought for you. I said to TV cameras the things I thought you were not being able to say because your Rs 185 crore were on the line.
Here’s proof:

Swara Bhasker. Courtesy: Swara Bhasker
There were more than three instances of the ‘good’ characters of your story speaking of Sati/Jauhar as the honourable choice, your female protagonist – epitome of both beauty, brains and virtue sought permission from her husband to commit Jauhar, because she could not even die without his permission; soon after she delivered a long speech about the war between Satya and Asatya, Dharm and Adharm and presented collective Sati to be the path of Truth and Dharm.
Then in the climax, breathtakingly shot of course – hundreds of women bedecked in red like Goddess Durga as bride rushed into the Jauhar fire while a raving Muslim psychopathic villain loomed over them and a pulsating musical track – that had the power of an anthem; seduced the audience into being awestruck and admiring of this act. Sir, if this is not glorification and support of Sati andJauhar, I really do not know what is.
I felt very uncomfortable watching your climax, watching that pregnant woman and little girl walk into the fire. I felt my existence was illegitimate because God forbid anything untoward happened to me, I would do everything in my power to sneak out of that fiery pit– even if that meant being enslaved to a monster like Khilji forever. I felt in that moment that it was wrong of me to choose life over death. It was wrong to have the desire to live. This Sir, is the power of cinema.
Your cinema particularly is inspiring, evocative and powerful. It can move audiences to emotional highs and lows. It can influence thinking and that, Sir, is why you must be responsible as to what it is you are doing and saying in your film.
It was with great difficulty that a group of reform-minded Indians, and the provincial British Colonial governments and Princely States in India abolished and criminalised Sati in a series of judgments between 1829 and 1861. In independent India, The Indian Sati Prevention Act (1988) further criminalised any type of aiding, abetting, and glorifying of Sati. Your act of thoughtlessly glorifying this misogynistic criminal practice is something you ought to answer for, Sir. As your ticket- buying audience, I have the right to ask you how and why you did this.
You must be aware that modern Indian history has recorded some more recent Jauhar– like acts. During India and Pakistan’s bloody Partition some 75,000 women were raped, kidnapped, abducted, forcibly impregnated by men of the ‘other’ religion. There were numerous instances of voluntary and assisted suicides by women, in some cases husbands and fathers themselves beheaded their wives and daughters before men of the ‘other’ religion could touch them.
Bir Bahadur Singh, survivor of the riots in Thoa Khalsa in Punjab, described a scene of women jumping into the village well to commit suicide. In about half an hour, he recalled, the well was full. The women on top survived. His mother was a survivor. Singh, recalls author Urvashi Butalia in her 1998 book The Other Side Of Silence, was ashamed of his mother for living for the remainder of her life. This is among the darkest periods of Indian history and ought to be remembered with shame, horror, sadness, reflection, empathy, nuance; not with thoughtless sensational glorification. These sad tales of the Partition, too, are a less obvious context of your film Padmaavat.
Mr. Bhansali, I will end in peace; wishing that you make many more films the way you want to, and are allowed to shoot and release them in peace; that you, your actors, your producers, your studio and your audiences remain safe from threats and vandalism. I promise to fight trolls and television commentators for your freedom to express; but I also promise to ask you questions about the art you make for public consumption. Meanwhile, let’s hope that no zealot member of any Karni Sena or some Marni Sena gets the idea to demand decriminalisation of the practice of Sati!
Sincerely,
Swara Bhasker
Desirous of Life
Swara Bhasker is an award winning actress in the Hindi film industry whose filmography includes the critically acclaimed Anaarkali Of Aarah (2017), the critical-commercial success Nil Battey Sannata (2016);  superhit blockbuster films Prem Ratan Dhan Paayo (2015),  Tanu Weds Manu Returns (2015), Raanjhanaa (2013) and Tanu Weds Manu (2011).
She is also an occasional writer and columnist and her short stories and articles have appeared in The Little Magazine, Seminar, The Himal Southasian, The Hindu and the Indian Express.