Saturday, October 27, 2018 – The Center for Pluralism prays for the victims of the shooting in a Synagogue at the Squirrel Hill neighborhood in Pittsburgh, PA.  Our hearts go out for all the families and victims of the tragedy, 11 people are dead and six injured.
We understand the apprehensions the Jewish community is living through these incidents, we the people, the fellow Americans stand with the Jewish community in solidarity.  If one of the 322 Million Americans is hurt, all of should feel the anguish and take corrective actions. 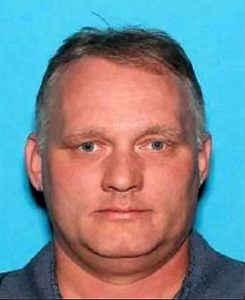 We need to move beyond condemnations which are temporary. If we keep condemning them, not only would we alienate them further, but make them dig in their heels. We are Americans, we can do better than that and come up with long-term solutions.  It is time to sit down and have a dialogue to understand the roots of Anti-Semitism, Islamophobia, Xenophobia and all other ailments.
The people who murder and commit crimes like the one in Pittsburg are lost souls, some of them will rot in the jails, and some may get killed in the encounters, but Anti-Semitism remains in its place. We have to extricate this malady from its roots.
The Center for Pluralism will host a dinner conversation for people with legitimate concerns about fellow Americans. Meanwhile, if you have solutions, please contact me about finding a way out of these unending battles.
As Americans, we need to work for freedom, freedom for each one of us, no American has to live in apprehension or fear of the other. We have to remove this fear, and when we do that, we will see a significant change in acceptance of Jews, Muslims, Hindus, Atheists and all of us, as “one of us.” So, all of us can live our lives and let others live theirs. It is our responsibility to shape our future.
Mike Ghouse (214) 325-1916
Mike@CenterforPluralism.com
Washington, D.C.