At the Center for Pluralism, we will explore if misogyny is religiously sanctioned or men took it upon themselves to make things to work for them. The unintended consequence of such acts was making a villain out of God and religion. 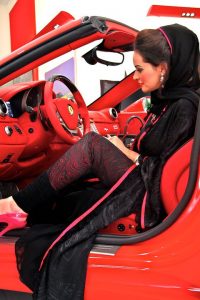 A few Men tend to be insecure about their own worth compared to women and devise ways to feel secure by causing women to be vulnerable. I am not talking about the Taliban in a distant land, but our own Taliban mindset here in America who deny women the right to choose what she does with her body, rejecting her equal pay, and expect her to defer her to her husband.

“A woman should behave like a woman” “Her place is home” echo the insecure religious men from Christian, Jewish, Muslim, Hindu, Sikh, Buddhist and other traditions.

Women have put up with this crap from men far too long, and it’s time we feel, act, talk and behave like equals. The silence of the right people is considered an endorsement to the right-wing views on women. The majority needs to speak up continuously.

An excellent functional society strives to be just to every citizen when justness becomes a norm in every aspect of life – be it between spouses, family members, members of the community, town, state, and the nation, then people trust each other and mind their own business and let others be free from tensions.

Don’t look to any one group to blame, look at yourselves first. A sentence that I have been repeating lately is “for every Muslim ass; there is a Christian, Jewish, Hindu, Sikh or other ass” add hole if you want to.

Eventually, we need to realize that individuals must be held accountable for their wrongdoing, and not their religion.

I believe everything on the earth is created to seek its balance, whether it is matter or individual, family or a nation. Everyone struggles to have that elusive equilibrium which goes off balance as regularly as it is desired to be in balance.

For years, Islam has been at the forefront of receiving the accusations, but when I study Islam, it is not the religion, it is the men. The Christians find it convenient to blame the Old Testament, instead of doing the research and seeing what God meant.

Prophet Muhammad had time and again said, “Justice:” among people, within the family, among nations and tribe is the key to building a prosperous, cohesive society where no one has to live in fear of the other.

The other word for Islam would be Justice that is not what you see in the world today. Neither do you see Jesus’s teachings practiced by Christians or Jews follow Torah or Bhagavad Gita by Hindus?

To me all religions are equally beautiful and divine; no religion is superior or inferior to any. If any on claims superiority, he or she does not understand the nature of his or her faith. Religion is not about arrogance which kills relationships and balance in the society, but it is about humility, that which builds bridges between people.

Dr. Mike Ghouse is committed to building a cohesive America and offers pluralistic solutions on issues of the day. His new book, the “American Muslim Agenda” is about everything you wanted to know about Muslims. The book is available at Xlibris and Amazon. Mike is a public speaker, author, interfaith wedding officiant, and the executive director of the Center for Pluralism in Washington, DC. More about him at https://www.linkedin.com/in/mikeghouse/