It is tempting to use the phrases Hindu Terrorism, or Hinduism is violent given what is happening in India.

Hindus must be appreciated – remember, Hindutva is not Hinduism, 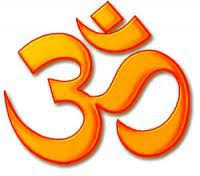 Please do not use the words Hindu Terrorism or Hindu Terrorist. It is offensive to a majority of Hindus; they are good people like all other majorities in other faiths.  As a Muslim, I am offended by such a phrase.  Let me explain why.

Yes, when the extremists from the Modi government or its affiliates tell you, that Muslims and the Christians will have to convert to Hinduism, get killed or disappear or live as 2nd class citizens after 12/31/2021. You are tempted to call it Hindu Terrorism. Modi has not condemned this, as if he smiles when others do his dirty work.

But look beyond, the good Hindu majority is standing up for the human rights of all Indians, to them, religion is individual, and all are Indians.  In fact, only Hindus will save India, they are the majority.  Hindus are speaking out now, and I am glad to see that.  Ignore the trolls on social media, they do not have any common sense – you write something, and they attack on something else.
Relentlessly, I have commented on the subject in the last few days at Whats-app, Facebook, and other social media, and chose to write a few full paragraphs on it.

A majority of good Hindus are standing up for the rights of Muslims, Christians, Dalits, Sikhs, and others than you can ever imagine. It is wrong to use the phrase Hindu Terrorism; it is offensive and adds to the aggravation.

Coming up: Muslims must be appreciated

Remember, the right people will always win; the extremists wither away. The song from the old movie Bombay to Goa is playing out in my ears… “Na Koi Raha hai, na Koi Rahega, mere desh azaad ho ke rahega.  Sikander bhi aaye, khalandar bhi aaye,” to that I add, “Indira bhi aaye, Modi bhi aaya… no koi Raha hai no koi rahega.”  No one is eternal, we have seen Alexander the creep come and go, we have seen others like him come and go, and we have seen Indira Gandhi come and go, and now, we will see Modi come and go – at the end of the day my people have to figure out how to live without fear of each other.

Hinduism has always been a pluralistic tradition, and it has welcomed Judaism, Christianity, Islam, Baha’i, Zoroastrianism, and other traditions into its fold. All religions have thrived in India just like they do in the United States.

A majority of the people are innocent, and they believe that everyone is treated the same way are they are. However, the fact is a white person cannot understand the tension a black man feels when he gets in the car to drive. A Hindu in India cannot comprehend the apprehension a Dalit, Muslim or Christian feels “these” days, it is all a new phenomenon.

Since Modi Government took control, India has become one man’s rule, and the nation is going down the tube. I do hope Modi will wake up and listen to sane voices, otherwise, the public will remove him as they did to Indira Gandhi when she became a one-person rule.

People can live with a bad economy, but they get sick of division and discord among fellow Indians.  The very purpose of government is to ensure all of the inhabitants of the land live freely and securely. Under Modi Raj, everything has gone wrong from the economy to disastrous demonetization, giving major contracts to his buddies like the Rafel, GST, Farmers suicides, Triple talaq and now the Kashmir blunder. How far is he going to sink India before we wake up?

A few members of Sangh Parivar (family of BJP party) and its affiliates are calling for India to be free from Christians and Muslims in the year 2021. The choices are converting back to Hinduism, deport them (to where?) or kill them all.

The radicals among Hindus imagine a genocide in the likes of the Holocaust to make India Muslim Mukt and Christian Mukt – that is free from Christians and Muslims.  They don’t realize that all Indians are of the same race and have lived for thousands of years.

If we don’t take the right steps now, America has a lot to lose, of course, India will be down the tubes.  It will be tied up for two decades to rescue India, as it did with the Jews from the Holocaust and Muslim from the Genocide in Kosovo.

So please do not use the phrases ‘Hindu Terrorism’ or Hinduism is a violent religion. Accuse the bad guys and not the faith. As a Muslim, I take severe offense if someone uses those phrases. In the end, only Hindus can save India and her people, all her people, including Muslims, Dalits, and Christians.

Let me give you the reasons for it.

There was a time when people did not hesitate blatantly using the phrases Muslim Terrorist or Islamic Terrorism. I have done my share of the work tirelessly fighting against using such terms and have won a concession from Fox News.

Thanks to Stuart Varney who chose to use the phrase Terrorists among Muslims, while Sean Hannity kept up his word until ISIS came into being. Most Americans now see the difference and use their words thoughtfully.

The word Islamist is used to refer to the extremists among Muslims, like the ISIS, Al-Qaeda, Brotherhood, Lashkar-Taioba, and their affiliates. None of their acts have a basis in Islam. Indeed, they are the ones who need to learn Islam. Check out the chapter ‘Source of extremism among Muslims’ in the newly released book American Muslim Agenda.

Similarly, the Neocons and the KKK cannot be called Christianity, nor the Hindutva can be labeled Hinduism. The right-wing Zionists are in the same boat. None of these are religious movements, even though they claim to carry a religious banner. All these are pseudo-political movements of insecure people seeking security in a vacuum. They are incredibly fanatic in their beliefs, and there is only one way for them.

Animals resolve their conflicts by killing each other, whereas humans talk and find solutions. You can see that animals have horns, fangs, and paws for that purpose, and humans have a tongue to speak. However, the animal in these fringe group makes them resort to annihilating the others whom they perceive as a threat to their life.

The Hindus are reasonable people, and Hinduism is an open and accommodating religion, just like the others. The majority of Hindus want the good for all, and they believe the world is one family, and we must care for each other. I will defend all religions equally because religions are a good thing if we can get the extremist embrace their respective religion.

HINDUTVA IS NOT THE SAME AS HINDUISM

The word Hindutva has Hindu in its name, but it is not Hinduism from any stretch of the imagination. It is a political movement like Al-Qaeda, ISIS, Nazi, right-wing Zionism (not Zionism), Neocons, and others.

Once again, condemn the acts of RSS/ Sangh Parivar and not Hindus or Hinduism.

Hitler and Mussolini have inspired the fountainhead of the Sangh Parivar (RSS and its affiliates).

We are Our Nationhood Defined a book by the Rashtriya Swayamsevak Sangh (RSS) ideologue MS Golwalkar.

“…To keep up the purity of the nation and its culture, Germany shocked the world by her purging the country of Semitic races – the Jews. National pride at its highest has been manifested here. Germany has also shown how well-nigh impossible it is for races and cultures, having differences going to the root, to be assimilated into one united whole, a good lesson for us in Hindustan to learn and profit by,”

The following paragraphs are from Haaretz Newspaper, please note a few spellings have been corrected, otherwise, the quotes are as is.

Mein Kampf, on display and on sale at Mumbai International Airport, December 2017, is a money-spinner for India’s reputable publishers: Jaico alone has sold hundreds of thousands in the last decade Shrenik Rao / Madras Courier

Haaretz writes, “In 2004 when now-Indian Prime Minister Narendra Modi was the Chief Minister of Gujarat, school textbooks published by the Gujarat State Board portrayed Hitler as a hero and glorified fascism. The tenth-grade social studies textbook had chapters entitled “Hitler, the Supremo,” and “Internal Achievements of Nazism.” The section on the “Ideology of Nazism” reads:

“Hitler lent dignity and prestige to the German government. He adopted the policy of opposition towards the Jewish people and advocated the supremacy of the German race.”

The tenth-grade social studies textbook, published by the state of Tamil Nadu in 2011 (with multiple revised editions until 2017) includes chapters glorifying Hitler, praising his “inspiring leadership,” “achievements” and how the Nazis “glorified the German state” so, “to maintain a German race with Nordic elements, [Hitler] ordered the Jews to be persecuted.”

“There is nothing wrong,” he said in a chilling interview in 1993 with Time magazine, “if Muslims are treated as Jews were in Nazi Germany.” Citing Hitler’s infamous polemic, he tried to apply fascist ideology in the Indian context. “If you take Mein Kampf and if you remove the word ‘Jew’ and put in the word ‘Muslim,’ that is what I believe in,” he said.

This fanatical admiration for Hitler and his genocidal agenda is not an aberration. It was and still is, endemic among the RSS leadership.

It’s not uncommon to hear remarks such as “These bloody Jews/Rothschilds/Soros control the world/financial system/whole of Hollywood.” The number of Jews in India is very small. Yet there is, despite a long-held belief to the contrary, anti-Semitism. “These Christian missionaries deserve to be hanged – they are only interested in conversions” is another frequent comment. Only 2.4% of India’s population is Christian. Yet they are constantly attacked. When it comes to India’s Muslims, the invective is multiplied exponentially.

As Khushwant Singh wrote in 2003, “The juggernaut of Hindu fundamentalism has emerged from the temple of intolerance, and is on its yatra [on the march]. … The fascist agenda of Hindu fanatics is unlike anything we have experienced in our modern history.”

Mike Ghouse is Executive Director of the Center for Pluralism. His book American Muslim Agenda is available on Amazon, Barnes & Nobles, Kindle, Google, and other book stores. He is a speaker, thinker, writer, newsmaker and an interfaith wedding officiant. More about him at https://www.linkedin.com/in/mikeghouse/