Caution:
This article, “How did Hindus become Hindu” is a very long article but worth reading as it offers solutions to the conflicts that Indians face.  No nation will prosper and stand firmly on the ground if it’s social and economic structures are not firmly rooted. They are two legs of a nation, both need to work in tandem, one will not stand without the other.  We need to fix the current policies, otherwise we will end up with a Langda India, that will make each one of us handicapped uploaded with distrust, ill-will and hatred for each other.
The author rightfully writes, “ It is not a religious idea, but a far-right political ideology, just as Zionism is the far right political ideology of Judaism.” To which I will add, Islamism is the far right political ideology of Islam, like Neocons of Christianity, Khalsa in Sikhism and of course Buddhism has one too. They are political groups fighting for their rights in the wrong way creating more divide than the intended harmony. We the people, the moderate majorities of each group have to make full blown effort for the common man to understand that these groups do not represent the beautiful religions they claim to represent.
A few days ago, I wrote the following and am glad to see someone was thinking along the same lines and wrote this article at Daily O.  What I see is the author has made people think and deliberate their actions.
What I wrote:
The greatest task in front of Indians is to save the Democratic form of Governance where every Indian is respected and treated with dignity.  No one should have more privileges than the other, and everyone should expect and get justice, that is when we can sustain peace and harmony for everyone, yes every one.
In almost every conflict we’ve seen in India, the following revengeful references have been thrown: Babar ki Aulad, Aurangzeb, Somnath, Guru Gobind Singh and the likes. There are a lot of myths out there that need to be brought into open and demystify them.  We (all Indians who care for an India where every Indian feels secure) cannot change the hard core men and women, but strengthen the majority who sits on the fence and earn their support with facts. It is a long term effort to build a cohesive India where no Indian has to live in apprehension or fear of the other. Indeed, that was unstated goal of Hinduism, Islam, Christianity, Sikhism and all religions.
There is a thought worth exploring; the baseness (animal) in human beings always seeks a target to attack or hate to dump their inexplicable anger on someone, to seek false security by creating chaos and fear among the targets.
Until the British directed the manufactured ire of Hindus towards Muslims as a part of divide and rule, their hate and denigrations was directed at the Dalits for several centuries, now it is against Dalits, Muslims and Christians. We need to find channels to direct their anger and bring a sense of security to them. Please remember it is not about Muslims and Hindus, it is about the radicalized among us.
Should Muslims defend the bad deeds of the Kings in the past who happened to be Muslims? Should Hindus take their anger out on Muslims of independent India who have nothing to do with those kings?
Part of the reconciliation includes summary from our historians to put a brief history of kings, all kings including Hindus, Muslims, Christians, Buddhist, Sikhs, Zoroastrian and others. Wasn’t their agenda to loot and rob the next door land? Plunder the wealth of the weak? Don’t we find good and bad kings among all traditions? Was it their lust for power that drove them insane rather than their religion?  What has religion got to do with their greed?
Here is the article by Devdan Chuaudhuri

How did Hindus become Hindu

Courtesy of  Daily O, India
@devdanchaudhuri
Total Shares
May we never hate each other.
The Katha Upanishad
The aim of this essay is to recover the true history and real meaning of key words, which have got muddled in the time of aggressive political and cultural propaganda.

It was the imperial British who demarcated on basis of religious beliefs – before that all major religious beliefs and practices, which originated in India, were termed together as Hindu – a word coined by the Persians to denote the land beyond the Sindhu or Indus river – after whom India has been named.
The name Indica has been used by the Greeks to name India since the time of Herodotus and Megasthenes. Two works with the same title Indica – by Megasthenes and Arrian – described the Indian subcontinent.
So the name of India got linked to the Indus River. The Persians followed the Greeks and named India after the river. But they followed the original Sanskrit name for Indus, and derived Hindu from Sindhu. In old Persian, “s” sounded like “h”.
So Hindu originally had a geographical connotation – from the Persian perspective – to denote “the land beyond the Sindhu”; the term wasn’t coined to denote any religious meaning. The suffix “stan” – indicative of a geographical place – was added to form “Hindustan”.
Sindhu in Sankrit also means river. India is that ancient river which is flowing since 5,500 years, or according to a recent archaeological discovery that happened in 2016, for 8,000 years.
That’s why the word “Hindu” doesn’t appear in the four Vedas, the Upanishads and the Buddhist scriptures. Even Adi Shankaracharya – who is known to have revived “Hinduism” in the 8th century after centuries of Buddhism – didn’t have the word “Hindu” in his consciousness or vocabulary. He introduced the esoteric “Advaita” philosophy for the learned, while he simultaneously revived the worship of gods and goddesses for the masses.
Adi Shankaracharya also established the famous four peethas at Sringeri (South), Joshimath (North), Puri (East) and Dwarka (West). But he never used the word “Hindu” in any of his works of philosophy, commentary and spiritual poetry.
But Buddhism didn’t completely vanish from India. The Buddhist Pala dynasty ruled Eastern India – including Vanga – from 750 CE to 1174 CE during which the proto-Bengali language was developed along with the early “Bengali” culture.
The word “Hindu” doesn’t appear in any ancient text of Sanatan Dharma – of all sub-religions and sub-cultures – before few Sanskrit texts started to use the word after 12th century.
The various traditions used their philosophical and spiritual practices such as Vaishnavs, Shakta, Mahayana, Vajrayana, Advaita etc – to identify themselves. But no one called themselves Hindus. 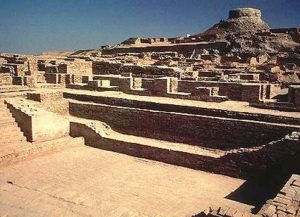 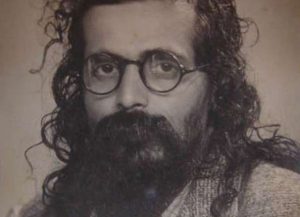 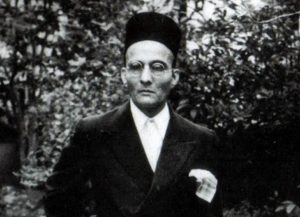 So Hindutva took birth as a political ideology and has little connection with the esoteric philosophical and spiritual ideals of Hinduism/Sanatan Dharma. It has always linked itself with patriarchal conservatism and ritualistic religion which they framed as “Hindu culture” and “Indian culture” while neglecting the plural and secular traditions of the broader and more diverse Hinduism/Sanatan Dharma.
The RSS also campaigned for Manusmriti as the Indian Constitution. Its inherent ultra-orthodox worldview always opposed liberal and progressive principles. They still dream to alter the Indian Constitution and change the Indian Tricolour to saffron.
They also tend to think that the “Hindi-Hindustani” version of Hinduism is superior to the other kinds of Hinduism that are practised, especially in the South and Eastern India. They look down upon plurality as a sort of “religious and cultural” distortion.
India never had a single all-powerful Church-like organisation to define the practices of Hinduism/Sanatan Dharma. This allowed multiple orthodox and unorthodox traditions and sub-traditions to take birth and flourish in India.
Respecting the freedom of the human spirit to seek, interpret, develop and pursue religious and spiritual activities as per one’s own will and preference is an unsung hallmark of Indian civilisation. Plurality is not only the reality of modern of India, but it is also the essential “civilisational spirit” of our land.
*
In reality, when one looks behind the symbolisms, tokenisms and propaganda, one can assess that the ideals and principles of “Hindu Rashtra” resemble Hindutva Rashtra. More than “Hindu” interests, they represent Hindutva interest.
The far-right ideology was also influenced by MS Golwalkar – the second sarsanghchalak.
Looking at our times, I am not sure, whether the Hindutva leaders and supporters believe in any of the prime concepts of Hinduism/Sanatan Dharma: truth, non-violence and karma.
So one shouldn’t confuse Hindutva with Hinduism/Sanatan Dharma; Hindutva is not a religious idea, but a far-right political ideology, just as Zionism is the far right political ideology of Judaism.
The essential aim of any political ideology is to seek political power. The far right ideologies tend to exploit religion in a way that other moderate, liberal and progressive ideologies don’t.
By supporting or opposing Hindutva, one doesn’t necessarily support or oppose Hinduism.
By supporting or opposing the government, one doesn’t necessarily support or oppose India.
Democracy gives the power to the people to rightfully oppose those who are in power; when this power of the people is diluted, then democracy turns into anti-democratic authoritarianism.
The government is not the nation; neither Hindutva is Hinduism.
The “politically-motivated” practice to call those who oppose the BJP government or the Hindutva ideology as “anti-nationals” and “anti-Hindus” is absurd. It’s a manufactured polarisation and a psychological operation to divide people for the sake of political power.
The “non-Hindutva Hindus” in our country are not “lesser Hindus” as the far-right would want their supporters to believe. The “non-Hindutva Hindus” are being derided as “sickulars”, “libtards”, “leftists” and so on.
The Hindutva brigade is aggressively fighting the fellow citizens of one’s own country and all the fellow Hindus who don’t ascribe to its ideology. They have made “enemies” out of people, who simply don’t agree with them.
Hinduism/Sanatan Dharma is so vast and diverse, that no single definition of Hinduism can exist or be imposed upon India. That’s why the Supreme Court of India defined Hinduism as a “way of life”.
The socio-cultural engineering mission of the Hindi-Hindustan-Hindutva brigade to “convert” all the Hindus of India with their practices, worldview and angst-ridden ideals, is doomed to flounder.
India is syncretic, multi-lingual, multi-cultural and diverse. When a single political party, religious organisation or a linguistic cultural group self-select themselves as the sole custodian of Hinduism, and wish to impose their ways on the rest, then they not only cause regional anxieties and stressful fissures in the wider social fabric, but they also violate the traditional “civilisational spirit” of our land.
Theocracy-infused nationalism or ‘theo-nationalism’ that supplants humanism cannot also define patriotism in the 21st century when our collective progress is deeply inter-connected with the world.
One also doesn’t need to hate targeted groups of fellow citizens to display love for one’s nation. Social, cultural and communal tensions in the time of a severe economic downturn will only peg back India.
Those who are misunderstanding Hindutva as Hinduism and Hindutva nationalism as Indian nationalism should examine the nature of the ideals, values and actions which they are unwittingly supporting, and contrast them with the essential spiritual and philosophical principles of Hinduism/Sanatan Dharma.
# # # #