IS THERE A GOD?
God is not a thing, a being or an item; it is a self-balancing system that runs its course. If you mess up the balance within yourselves and with others, you will pay for it in terms of being at peace or living with tensions.
Everything in the universe is programmed to exist in balance, and when that balance is off, things will go through hell or disintegrate. This balance is not only physical but behavioral as well. No one will go Scot free if you upset that balance.
No one owns the God thing either, there is not anything to own, and it is an intangible, non-existent, non-being thing. So, if anyone of the Pundits, Rabbis, and Imams, Pastor, Shamans or clergy claim ownership of God, as their God, then they are opening up the room for competing Gods. 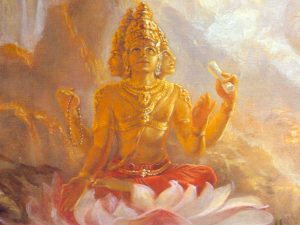 The story goes like this. Some Zillion years ago, when there were many Gods, they started fighting for control and the most powerful one won all the battles and became the most powerful God of all. Unless there is another powerful God someplace, this current God will reign in.  So the question of one, none or many is moot.
If they tell you that other’s God is really not the God, and theirs is the only living God, then you have a choice to fall prey to such hunting.
God does not give a flip if you are a Jew, Christian, Muslim, Hindu, Buddhist, Atheist, Gay, Zoroastrian, Bahá’í or whatever you have come to be.  First of all, God is not a Christian, Jew, Hindu or anything. He/She/it is an energy that causes the universe and all its elements to function smoothly.
God is not a thing and nor is a fact if it were, all of us would have seen it. She is not a being either, nor is it a male or female; it is just a name for the energy that powers life and what goes into the universe.  It’s a powerful energy and you can call it by any name you want, but the system of birth, life, and death is set with room for you to steer it towards more peace or fall into tensions.
However, if you have difficulty in handling this concept, I urge you to stick to whatever version of God you are comfortable with. If you stick with your beliefs you are better off, but if you can handle the God-given freedom and independence, join me in the exploration, it is a fascinating journey.
Link to the article – https://centerforpluralism.com/is-there-a-god/
Note: Did you think, I don’t believe in God? I do like most of you
Mike Ghouse
Center for Pluralism.