This is a well-researched article on Kashrut and Halal foods, the guidelines that guide Jews and Muslims on their dietary practices.  It is very long, but those who have an interest and those who are Imams, Rabbis, Pundits, Gyanis, Shamans or clergy in any tradition, must read and disseminate to others. There is so much misunderstanding about Halal/Kosher food. Even the hate queen Pamela Geller had attacked Halal, thanks to the Rabbis for shutting her up by telling that it is a Jewish practice as well.
A few weeks ago, at one of our meetings, we debated quite extensively the kind of food to be served to the Jews and Muslims,  Christians and others.  My response was that there is not much difference between the two, as most Muslims eat Kosher meat as Halal (Permissible per tradition), what it encompasses is the kind animal that is permitted to eat,  how it is slaughtered and bled and whether it is slaughtered for consumption or sacrifice or game, in Islam it is permitted for consumption only.  I am glad to know that some leaders are looking to license the Halal-Kashrut certification to Restaurants and eating establishments. 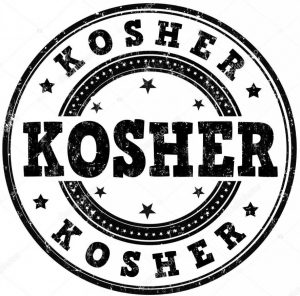 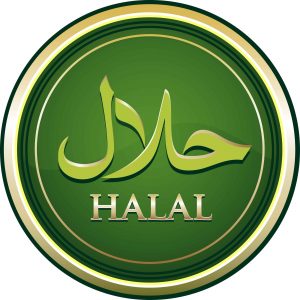 The article has touched upon several items – including Interfaith Marriages. Once again, it may not be the Torah (I hope) but certainly not the Quran that goes against integration, it is the people mired in tribalism and nativism who have added their own clauses. I am confident that based on my understanding of Islam, if it is not common sense, then it is not Islam.  I wrote an article, “Can a Muslim woman marry a non-Muslim man” it challenged many of the traditions of staying within the tribe.  There are reasons for such prevention at one time in history, but when those reasons do not exist, prevention does not make any sense, particularly in case of marriage after childbearing age.  A few weeks later I saw similar rulings in Jewish traditions and did not have the time to save that piece. The article I wrote about Muslim women can be used for Jewish women.
“While this does not explain all the reasons for kashrut practices, it does highlight at least one of the functions kashrut practices served through the ages. Given the legacy of persecution, it made sense that dietary laws were used to limit social interaction between Jews and non-Jews. But is this necessary or even relevant today, especially in America where, given the inter-marriage rate of over 50%, the emerging Jewish community is already multi-ethnic, and diversely religious?”
“Deep ecumenism is the opposite of tribal xenophobia and religious fundamentalism. It is an attitude towards inter-religious understanding that assumes divine wisdom has manifested over time in all cultures, all religions.”
I am dedicating this piece to JIDS (Jewish Islamic Dialogue society) as this matter crossed our conversation.
Maybe it is JakeTrapper on CNN who asked, would you rather eat healthy Halal/Kosher meat that has met the requirements of hygiene or just any animal, sick or otherwise.
Mike Ghouse
Center for Pluralism
# # #