Republicans are conformists, they fall in line at a mere shoo.  Everyone who disagrees with the leadership is quickly made to fall in line.  There is nothing wrong with it, it is just how people are conditioned. Whereas Democrats discuss and debate and allow dissent rather freely. Both systems have worked over a century and a half. Pluralism is not a mish-mash, but acceptance of the otherness of other where no one has to make compromises on core principles they espouse.
Mike Ghouse
“Democrats never agree on anything, that’s why they’re Democrats. If they agreed with each other, they’d be Republicans.”
Much has changed since humorist Will Rogers said that in the 1930s, but he got it mostly right.
To this day, the Democratic Party remains a mishmash of causes and interest groups compared to the Republicans. It’s a dynamic that has been well-documented in recent work.
To be sure, there is an organizing principle for Democrats: the core value of equality. And party activists have become more ideologically rigid than in the past.
But compared to the Republicans, the party retains considerable pluralism and flexibility in pursuing policies and organizing itself. This pluralism is both a strength and a weakness for the party.

So who are the Democrats today?
They retain elements of the New Deal coalition welded together by President Franklin Delano Roosevelt in the 1930s and ‘40s, which included liberals, working class voters, Southern whites and ethnic urban Northerners. 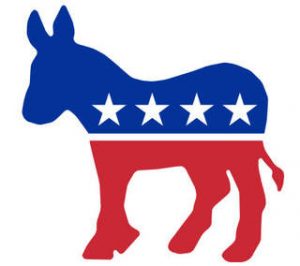 The party still includes labor unions and liberal voters, but it has hemorrhaged a traditional core of white voters who are rural, Southern or Catholic since the 1960s. This loss of white voters accelerated as the party embraced a strong platform of civil rights and attracted larger constituencies of racial minorities, single women, youth and poor Americans.
Party adherents have been accused, from within and without, as focusing heavily on “identity politics,” which tends to emphasize alliances related to race, ethnicity or social background rather than broader categories of citizenship. There is some truth to that. But it is hardly a new dynamic or one that fails to help win contemporary elections.
Just recall how the turn-of-20th-century Irish, Italians and Poles once catapulted their brethren into office against the Anglo-Saxon Brahmins. The most inspiring Democratic politicians – FDR and John F. Kennedy – spoke a language that transcended identity and emphasized what unites Americans. The party leadership could do more of that in an era when partisan animosity is at record levels.
Nevertheless, one challenge for Democrats is how to broaden their appeal to white America without abandoning the party’s commitment to civil rights.

From New Dealers to ‘progressives’

The diverse constituencies in the party draw unity from a commitment to equality. If there is one thread that links party adherents today, it is a view of themselves as outsiders trying to gain for themselves and others a share of the fruits of American democracy and capitalism, which have been denied to them by social status.
The aim of greater equality has made Democrats support social change that challenges hierarchies. Democrats abhor deference to top-down institutions, a dynamic reflected in the desire of activists in the 1970s to let voters decide the presidential nominee through primaries rather than boss-controlled party conventions.
Be careful what you ask for. This populist reform, embraced initially by Democrats and adopted by Republicans, enabled the election of Donald Trump. On the Democratic side, the establishment candidate Hillary Clinton won the nomination despite the strong populist insurgency of a previously Independent politician, Bernie Sanders. Claims by Sanders’ supporters that the “system was rigged” in Clinton’s favor resonated well among many Democrats due to the party’s egalitarian claims.
On top of bursts of anti-establishment reform, Democratic partisans since the New Deal express a commitment to equality through policies that aim to level the playing field.
This takes the form of government programs that favor taxing the wealthy and spending on the less affluent, including championing generous funding for universal health care, Social Security and public education.

Disagreement within the party is not so much about goals but means.
There is no question among Democrats about whether government should intervene to address social problems. The question is how much and how quickly. The Sanders and Clinton campaigns reflected the populist versus pragmatic wings in the Democratic Party. Populists tend to assert that public opinion should reign supreme and bring forth immediate policy change, while pragmatists prefer an incremental approach that seeks broader consensus. Regardless, both Democratic populists and pragmatists aim to use government as a lever to advance equality.

Rewards and risks of pluralism

The Democratic Party draws strength from having a mish-mash of interests rather than an overriding political ideology.
First, the party is more likely to represent the needs of diverse citizens across the nation. Second, pluralism is good for governing because it compels a transactional politics, the kind of deal-making which is essential in a large democracy and one in which government power is divided among three branches of government. Some call the legislative process ugly “sausage-making,” but without compromise and bargaining in passing laws, little gets done.
By contrast, the ideological politics that permeates much of the Republican Party embraces a rigid focus on principles over taking half a loaf. Hence gridlock and government shutdowns happen even when Republicans control three branches of government, as they do today.
Nonetheless, there are risks to pluralism.
Coalitions do not make it easy to come up with coherent campaign slogans. But a more profound problem of Democratic pluralism is that the party can be biased toward a few moneyed and highly organized factions who do not reflect the broader rank-and-file. These factions include pro-environment groups, abortion rights organizations and public sector unions. They may champion important causes, but their dominance over the party’s agenda has a powerful impact on who runs for office as Democrats and what kinds of issues get pushed in government.

Moneyed elites in the lead

The most influential Democratic activists tend to be upper middle-class professionals, the “progressives” who care a great deal about promoting peace, protecting the environment, separation of church and state, guarding the right to an abortion, and quality of issues like eating locally-grown food.

These are the cultural and economic elites of the party who dominate the circulation of ideas, lead advocacy groups and provide money – many in small donations no less! – to favored candidates. People who run for office need these elites for their ideas, money and passion to engage. This is what gives ideological activists disproportionate influencein a mish-mash party.
But it is far from clear that this group’s primary causes are the priorities of average Americans.
To attract more, and different, people to the party’s inner sanctum, the Democrats would need to nurture more working and middle-class organizations in their partisan network. While civil rights groups cut across class interests, the party has lost much of the social channels, via local parties and working-class labor unions, that connect the less well-off and less educated to party power brokers.
Technology that gives Americans so many media choices has only increased the gap between Democratic elites who are mobilized by partisan messages and rank-and-file voters who are less interested in politics and avoid political information.
Despite these challenges to genuine representation, the Democrats continue to embrace a pluralism that speaks to different constituencies and is electorally advantageous.
The victorious Democrats in recent special elections in deep red regions did not get an “A” on environmental protection, gun control or abortion. This shows that the party does not yet suffer from ideological purity tests. Among Republicans, in contrast, those not sufficiently conservative are tagged by conservative media as typhoid RINOs (Republican in Name Only).
There is no DINO epithet yet, but many new activist groups have emerged to combat the Trump administration with an aggressive progressive agenda that could be turned against Democratic candidates who compromise or don’t fit the pure mold.
The future of the party will be shaped by how its leadership balances and aligns a commitment to progressive principles with the bread-and-butter interests of its diverse factions.