Dr. Rajat Mitra wrote a brilliant article with the title, “Jallianwala Bagh – Why Indians fired on Indians,” I am adding my notes that challenge Indian attitudes.  Send a white man to an Indian restaurant and let him record with a camera how he is greeted, then you go and do the same thing and see if are treated the same,  they consider you to be inferior to the white man!
I hope it is not you, but Indians have a problem respecting fellow Indians as equals, in fact, in a pew survey, India ranked as one of the most racist nations, look how we treat our Dalits, Muslims, Christians, and others. We are the same race, but the attitude of superiority towards others stinks. As Americans, we need to treat all fellow humans equally in our heart mind and soul and become imbibe positive American values of equality, liberty, and justice for all. 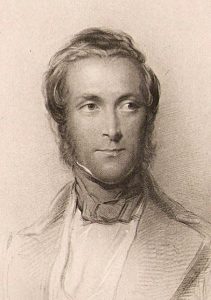 In 1852, Lord Dalhousie, the Governor General of India wrote Queen Victoria something like this.” The Hindus and Muslims have done it again, they have built Ram Chabootra to sit down and discuss things, I am afraid, this is the beginning of the end to British Empire.” Then he recommended placing a wedge between the smart Indians. They failed their first attempt in 1857, and the good Indians came together to fight against usage of fat from pork and the beef.  They did not stop at it and seeded the discord with 1871 census. That seed is still alive in men like Rajiv Malhotra, an Indian American, who makes his money by frightening Hindus that Hinduism is in danger. Hinduism does not need these fake defenders of religion, Hinduism is a 5000-year-old robust religion, and no one needs to defend it, it’s good enough to stand on its own.
The partition of India was an unfortunate incident in our history, but our reaction to it is uglier than the action itself.  It is time we accept the reality and live with it.  What’s the point in blaming the dead men? We constantly hurl insults at Indian Muslims who have nothing to do with the partition, nor did they vote for it. Now, our politicians make an ass of a lot of Indians who think they will have a job if they hate Muslims, food will magically appear on their plates if they lynch Muslims, Christians, Dalits, Sikhs, and others. How stupid can one be?
We need to vote in a leader who makes sure, the rule of law prevails, and does not sit on his ass without speaking. A safe India is built when you are not scared to walk on any inch of Indian soil, if you are afraid to walk, then you don’t need leaders like that. Your safety hinges on making sure all are secure; you will never be safe if others around are not.
It is time for the wise among us to talk sense to these politicians. If you are an Indian ( most of us are good people, it takes a few to poison us all)  who thinks the Indians who are not Hindus should not have the right, then look in your dirty pants how ugly you are and how you want all the benefits America offers.  You want to have all the benefits shamelessly in America, but deny the same to Indians who are Dalits, Muslims, Christians, Sikhs, and others. Indian Muslims must be lauded; they have taken much shit from the extremists among Hindus, yet, they have endured the pain without retaliating.
Injustice will not last long; it will give “pleasure” for a few years but will pay a high price at the end. Prejudice is bad karma, and everyone will pay for it.
I sincerely hope we will have a divided government by May 19th with strong opposition so that no leader can do his mun-mani, that is run the nation on his whims. If democracy is saved, India has a lot to gain in stability and will earn the trust of the community of nations. More than anything, you can feel safe to go anywhere in India.
Brilliant Article, explains why ‘some’ Indians are obedient slaves and have no qualms in doing wrong things.  One more item, the author could have added, was Indian soldiers felt superior working for the Sahebs, that is not the problem, but they looked down upon other Indians as inferior people. The ugly caste system also treats Dalits as inferior humans, the law prohibits such treatment, but the practice continues, as the African Americans are discriminated in the United States, despite the laws. At least in the US laws are enforced.
Note: India’s right-leaning men cannot stomach criticism of the Modi government, but the hypocrites bash the Congress government.  The true patriotic Indians criticize both the governments to keep them on their toes.
Wikipedia:
The Jallianwala Bagh massacre, also known as the Amritsar massacre, took place on 13 April 1919 when troops of the British Indian Army under the command of Acting Brig-Gen Reginald Dyer fired rifles into a crowd of Indians, who had gathered in Jallianwala Bagh, Amritsar, Punjab. The civilians had assembled for a peaceful protest to condemn the arrest and deportation of two national leaders, Satya Pal, and Saifuddin Kitchlew.
The Jallianwalla Bagh is a public garden of 6 to 7 acres (2.8 ha), walled on all sides, with five entrances.[2] 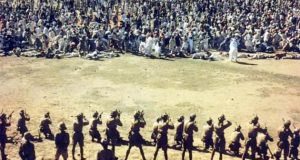 On Sunday, 13 April 1919, Dyer was convinced of a major insurrection and he banned all meetings; however, this notice was not widely disseminated. That was the day of Baisakhi, the main Sikh festival, and many villagers had gathered in the Bagh. On hearing that a meeting had assembled at Jallianwala Bagh, Dyer went with Gurkha troops from the 2nd/9th Gurkha Rifles.[3] Dyer’s force entered the garden, blocking the main entrance after them, took up position on a raised bank, and on Dyer’s orders fired on the crowd for about ten minutes, directing their bullets largely towards the few open gates through which people were trying to flee, until the ammunition supply was almost exhausted. The following day Dyer stated in a Report to the General Officer Commanding that “I hear that between 200 and 300 of the crowd were killed. My party fired 1,650 rounds. More at https://en.wikipedia.org/wiki/Jallianwala_Bagh_massacre
Mike Ghouse is a pluralist, newsmaker, and author committed to building cohesive societies and offers pluralistic solutions on issues of the day.  His latest book American Muslim Agenda just does that. The talking points of the book are at www.AmericanMuslimAgenda.com
# # #