Yeons ago, I had written a piece that Nick also wrote, and both were fairly close. Since then, from time to time I read his articles and find similar string of thoughts.  I have written pieces defining the need for conservative, moderates and the liberals, and their contributions to the development of the societies cannot be ignored. I hope to re-write that article and share some of the quotes from the following article.

WE progressives believe in diversity, and we want women, blacks, Latinos, gays and Muslims at the table — er, so long as they aren’t conservatives.
Universities are the bedrock of progressive values, but the one kind of diversity that universities disregard is ideological and religious. We’re fine with people who don’t look like us, as long as they think like us.
O.K., that’s a little harsh. But consider George Yancey, a sociologist who is black and evangelical.
“Outside of academia I faced more problems as a black,” he told me. “But inside academia I face more problems as a Christian, and it is not even close.”
I’ve been thinking about this because on Facebook recently I wondered aloud whether universities stigmatize conservatives and undermine intellectual diversity. The scornful reaction from my fellow liberals proved the point.
“Much of the ‘conservative’ worldview consists of ideas that are known empirically to be false,” said Carmi.
“The truth has a liberal slant,” wrote Michelle.
“Why stop there?” asked Steven. “How about we make faculties more diverse by hiring idiots?”
Continue reading the main story
To me, the conversation illuminated primarily liberal arrogance — the implication that conservatives don’t have anything significant to add to the discussion. My Facebook followers have incredible compassion for war victims in South Sudan, for kids who have been trafficked, even for abused chickens, but no obvious empathy for conservative scholars facing discrimination.
The stakes involve not just fairness to conservatives or evangelical Christians, not just whether progressives will be true to their own values, not just the benefits that come from diversity (and diversity of thought is arguably among the most important kinds), but also the quality of education itself. When perspectives are unrepresented in discussions, when some kinds of thinkers aren’t at the table, classrooms become echo chambers rather than sounding boards — and we all lose.
Four studies found that the proportion of professors in the humanities who are Republicans ranges between 6 and 11 percent, and in the social sciences between 7 and 9 percent.
Conservatives can be spotted in the sciences and in economics, but they are virtually an endangered species in fields like anthropology, sociology, history and literature. One study found that only 2 percent of English professors are Republicans (although a large share are independents).
In contrast, some 18 percent of social scientists say they are Marxist. So it’s easier to find a Marxist in some disciplines than a Republican. 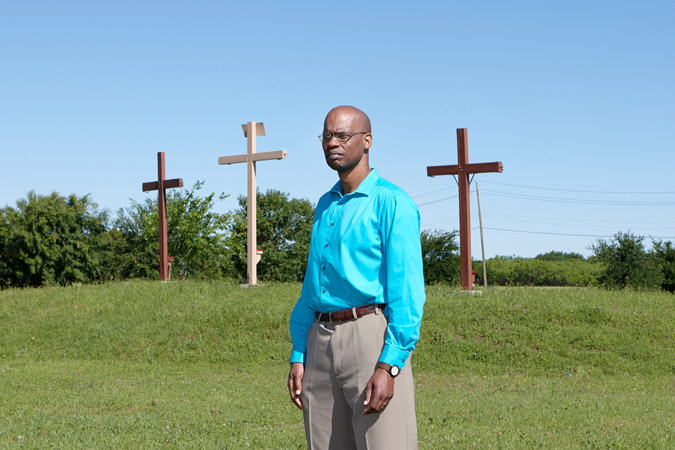 George Yancey, a sociology professor, says he has faced many problems in life because he is black, “but inside academia I face more problems as a Christian, and it is not even close.”CreditNancy Newberry for The New York Times

George Yancey, a sociology professor, says he has faced many problems in life because he is black, “but inside academia I face more problems as a Christian, and it is not even close.” Credit Nancy Newberry for The New York Times
The scarcity of conservatives seems driven in part by discrimination. One peer-reviewed study found that one-third of social psychologists admitted that if choosing between two equally qualified job candidates, they would be inclined to discriminate against the more conservative candidate.
Yancey, the black sociologist, who now teaches at the University of North Texas, conducted a survey in which up to 30 percent of academics said that they would be less likely to support a job seeker if they knew that the person was a Republican.
The discrimination becomes worse if the applicant is an evangelical Christian. According to Yancey’s study, 59 percent of anthropologists and 53 percent of English professors would be less likely to hire someone they found out was an evangelical.
“Of course there are biases against evangelicals on campuses,” notes Jonathan L. Walton, the Plummer Professor of Christian Morals at Harvard. Walton, a black evangelical, adds that the condescension toward evangelicals echoes the patronizing attitude toward racial minorities: “The same arguments I hear people make about evangelicals sound so familiar to the ways people often describe folk of color, i.e. politically unsophisticated, lacking education, angry, bitter, emotional, poor.”
A study published in The American Journal of Political Science underscored how powerful political bias can be. In an experiment, Democrats and Republicans were asked to choose a scholarship winner from among (fictitious) finalists, with the experiment tweaked so that applicants sometimes included the president of the Democratic or Republican club, while varying the credentials and race of each. Four-fifths of Democrats and Republicans alike chose a student of their own party to win a scholarship, and discrimination against people of the other party was much greater than discrimination based on race.
“I am the equivalent of someone who was gay in Mississippi in 1950,” a conservative professor is quoted as saying in “Passing on the Right,” a new book about right-wing faculty members by Jon A. Shields and Joshua M. Dunn Sr. That’s a metaphor that conservative scholars often use, with talk of remaining in the closet early in one’s career and then “coming out” after receiving tenure.
This bias on campuses creates liberal privilege. A friend is studying for the Law School Admission Test, and the test preparation company she is using offers test-takers a tip: Reading comprehension questions will typically have a liberal slant and a liberal answer.
Some liberals think that right-wingers self-select away from academic paths in part because they are money-grubbers who prefer more lucrative professions. But that doesn’t explain why there are conservative math professors but not many right-wing anthropologists.
It’s also liberal poppycock that there aren’t smart conservatives or evangelicals. Richard Posner is a more-or-less conservative who is the most cited legal scholar of all time. With her experience and intellect, Condoleezza Rice would enhance any political science department. Francis Collins is an evangelical Christian and famed geneticist who has led the Human Genome Project and the National Institutes of Health. And if you’re saying that conservatives may be tolerable, but evangelical Christians aren’t — well, are you really saying you would have discriminated against the Rev. Martin Luther King Jr.?
Jonathan Haidt, a centrist social psychologist at New York University, cites data suggesting that the share of conservatives in academia has plunged, and he has started a website, Heterodox Academy, to champion ideological diversity on campuses.
“Universities are unlike other institutions in that they absolutely require that people challenge each other so that the truth can emerge from limited, biased, flawed individuals,” he says. “If they lose intellectual diversity, or if they develop norms of ‘safety’ that trump challenge, they die. And this is what has been happening since the 1990s.”
Nicholas Kristof’s Newsletter
Sign up to receive my emails about each column and other occasional commentary.
Should universities offer affirmative action for conservatives and evangelicals? I don’t think so, partly because surveys find that conservative scholars themselves oppose the idea. But it’s important to have a frank discussion on campuses about ideological diversity. To me, this seems a liberal blind spot.
Universities should be a hubbub of the full range of political perspectives from A to Z, not just from V to Z. So maybe we progressives could take a brief break from attacking the other side and more broadly incorporate values that we supposedly cherish — like diversity — in our own dominions.
I invite you to sign up for my free, twice-weekly newsletter. When you do, you’ll receive an email about my columns as they’re published and other occasional commentary. Sign up here.
I also invite you to visit my blog, On the Ground. Please also join me on Facebook and Google+, watch my YouTube videos and follow me on Twitter (@NickKristof).