Dr. Mike Ghouse
It was a joy attending policy making events in Washington, DC. This event was about Asians and Pacific Islanders.  The plenary session started with two video clips;  the first one was about the Chinese immigrants who build the trans-pacific railroad and they were illiterate and lacked skills but still contributed toward building America.  The second one was about Mr. Bose, whose father came to the United States in the late 1800’s from Bengal, India. He is the founder of Bose sound systems.
In the breakout session, I was with the group about diversity in the workplace. Three items from the meeting emerged and one of them was my contribution, training and orienting people with an understanding of different religions to knock out the little cold battles and biases and instead focus on the cohesive functioning of the workplace. I gave my shortest presentation on “Shaping the future of America.”
The moderators were Dr. Jeff Pon, head of the Office of the Personnel Management of White House, and Charlotte Burrow, head of the EOC, both were extraordinary skilled and made me feel good that these are the best appointments of Trump.
Betsy Devos, Secretary of Education, was one of the speakers. Holly Lam, director of the Asian Initiative shared the incredible story of her journey to this position from being a refugee in the boat from Vietnam in 1980.
After I spoke in the group, several people approached me to talk about an initiative, and three of us agreed to take the lead. Han Chen, Hua Guo and I will work on a petition to remove the demographic information that identifies one’s ethnicity. It needs to be phased out, why does anyone want to know my ethnicity? I am an American on my job application or any application, and that should be good enough. It will be one more step to remove the possible screening of individuals.
I have made a point to be a contributor wherever I go, and I am pleased it was a productive meeting. 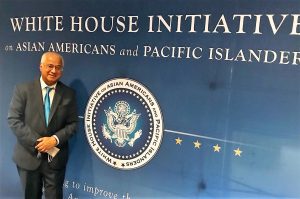 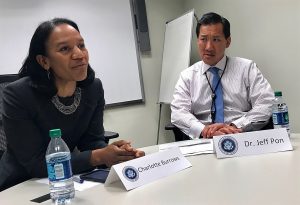 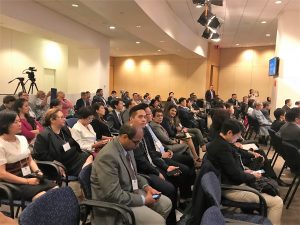 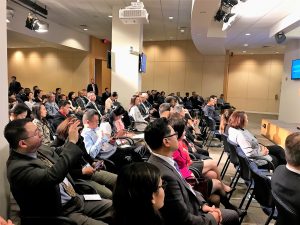 Mike Ghouse is committed to building cohesive societies and work places for effective functioning of the organizations, and where everyone feels included. His research applications include pluralism in religion, politics, society, culture, and cuisine at the Center for Pluralism.  He offers pluralistic solutions on issues of the day.
# # #