Spirituality is not wearing colorful clothes, long hair, beard, staying away from humanity… they are symbolic and external signs.
Spirituality is to be a part of everyone around you, and not to act and wear distinctly from others to separate yourselves from others – it is arrogance.   It is becoming one with all.  When you feel you are a speck in this gigantic universe, and you are an equally important speck in the making of the universe. 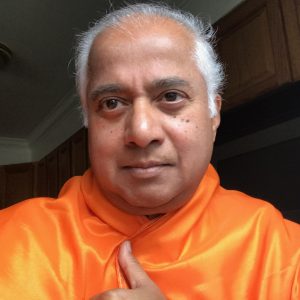 The dressing up is for show and to announce who you are.  Indeed, arrogance and spirituality are inversely proportional to each other – i.e. the greater the spirituality in you, the lesser the arrogance. Higher the humility, higher is the spirituality.
I love my life – as I have learned to enjoy everything in life.  I am comfortable with different cultures, races, faiths, ethnicities, and nationalities; indeed, I am home with all people. I have made mistakes and paid for it in humility and hurt, but I am beyond that now.
Every religion, culture, and philosophy have a system for it. The word that I have chosen in defining the role of a Muslim is – Khadimul Aalameen or Mukhlooqul Aalameen, it is someone who considers himself /herself to belong to and care for what surrounds him/her; life and environment.
As a believer in an abstract God that caused, sustains and recycles the universe, and as a follower of Prophet Muhammad, who was a blessing to mankind, I feel I should reflect some of those characteristics and call myself the Khadimul Aalameen (the one who serves and connects with the entire universe). I have no barrier between me and another human. I may disagree with someone’s views, but never take him/her as my enemy.
It simply means that those who want to be merely a speck in the universe, have their own flaws and good, they are connected with matter and life that surrounds them, they err, they recover, they have flaws but have learned to live with who they are.  It is a joy when you don’t have barriers between you and everything that the universe is made of – life and matter.
In the chapter Islamic values in the book American Muslim Agenda, Quran offers guidance to set your goal posts, and that is to enable humans to dwell in an abode of peace; a conflict-free, hassle-free life. That is the ultimate purpose of life, Quran 6:127 (Asad), “Theirs shall be an abode of peace with their Sustainer; and He shall be near unto them in the result of what they have been doing.” Each one of us is in the pursuit of happiness with liberty and justice for all. A full explanation of the purpose of life is described in the book.
What is life?
One of the best explanations of life is given by the legendary Urdu Poet Pandit Brij Narayan Chakbast.
zindagī kyā hai anāsir meñ zuhūr-e-tartīb
maut kyā hai inhīñ ajzā kā pareshāñ honā

What is life – is an organization of different elements of creation – that is different atoms, molecules come together to form a life.  He explains death as, disorganization or scattering of the same elements
My friends, you are spiritual without wearing colorful clothes, wearing a beard or chanting certain words, take it easy. If you are conscious of yourselves and connect with everything and person around you, you are spiritual. What the religious men do is laying the pathway, but that is not spirituality in itself.
Dr. Mike Ghouse is committed to building cohesive societies and offers pluralistic solutions on issues of the day. His book, the “American Muslim Agenda” is about Muslim earning their respectable space in the society. The book is available at Amazon, Xlibris, Google, Barnes and Noble, and Kindle. Mike’s mission is to open people’s hearts, minds, and souls towards each other. He believes that the ultimate purpose of humans is to live freely and be comfortable with their culture, race, religion, ethnicity, sexuality, and individuality. Mike is a public speaker, author, interfaith wedding officiant, a newsmaker and the executive director of the Center for Pluralism in Washington, DC. More about him in three formats at https://www.linkedin.com/in/mikeghouse/