Do you have the right to screw up your children’s lives by poisoning them against fellow humans?  If you are biased towards others, that is entirely up to you, but you have the choice to free yourself and enjoy the rest of your life or die with ill-will towards the others.

Please don’t dump your shit on your kids. Let them be free to grow up and build good relationships with fellow humans.

Being an Indian-American, nearly 40% of my contacts are Desis – i.e., people from India, Pakistan, Bangladesh, Nepal, and Sri Lanka, the other 60% is made up of every American, and a majority of them are white and Black Americans.  I am blessed to have at least ten acquaintances in every category of humanity and I am comfortable with everyone.

A doctor man, a son of my friends’ friend, was a guest at my condo for a few weeks while attending meetings related to his residency. At the end of his stay – he said, “I wish my parents had not poisoned me against Blacks, Muslims, Christians, and Jews; everything I have heard from them turned out to be false.” He continued, “I have lived in dorms with others, and now with you, they were plain wrong.” 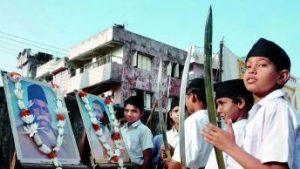 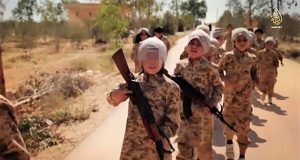 He agreed, when you are biased towards others, it affects your work performance. Your relationship with fellow workers will not be clean as you were poisoned against one or the other.   You keep a reserve with your fellow worker and subconsciously you don’t trust and share everything with them.  That attitude reduces your contribution to your work, and you will not be able to serve your employer with full integrity. And when you go home, you are not giving 100% to your family either, you are obsessed with your hatred towards the other.

Being an Indian-American, I have a substantial number of connections and interactions with Indians and Pakistanis. A majority of Indians or Pakistanis have no problems with the other, but a few of them are loaded with hatred for each other. They also hate each other’s religions, while they are alive, they jump at every opportunity to screw themselves with hate talk against Indians or Pakistanis and Muslims or Hindus. The worst thing they do is dump their sewage on to their children’s hearts. Thanks to America, most of the children born here reject the parents prejudices.

Let me share an often repeated story – Two Buddhist monks and a pregnant woman were waiting to cross a stream that was overflowing. After several hours of hopelessly waiting, the two decided to walk through the stream, the woman asked if one of them can carry her on their back to the other end.  The monks looked at each other, they were not supposed to touch or feel a woman’s body, the senior monk decided to carry her anyway.

The senior monk dropped her on the other side of the stream, and as the two guys started walking, the junior questioned the senior. You were not supposed to feel the body of a woman and you did not set a good example, I was watching her body rub yours.  The senior responded, “Look, I dropped that lady back there, but you are still carrying her on your mind. The few crappy Indians and Pakistanis and the few shitty Muslims and Hindus carry their baggage to the grave or the crematorium. How sad! They have a choice to be free from ill-will.

You can extricate yourselves from such misery, breathe, and live freely.  The teens want to know how to tell their parents to take a hike and not dump their baggage on them.

Yesterday (October 31, 2019), on the way home, my daughter and I stopped at an Indian Store in Hyattsville to pick up a few food items.

In the check-out line, a guy asked me where I lived? I said, in South East DC. The guy had an attitude and questioned – 38th Street? I responded, no, Alabama and MLK- he gauged me up and down ( https://portofharlem.net/snippets19/sep252019-move-black.html ), and moved out before I could lecture him. Some of the Indians carry that ideology of caste superiority and judge you by where you live. I understand the pain of the Dalits in India who have endured humiliation for centuries. It is time to change all that in the hearts and minds of people.

If the immigrants carry that attitude, when the times get tough, they could be the target of the wrath of native Americans, meaning those who were born and raised here.

At the counter, my daughter asked the cashier if they have a Pakola, a soft drink she likes. The guy reluctantly responded, “that’s a Pakistani drink.” As if it were a sin to ask for Pakola in the Indian store. Most stores carry drinks from all over the world. Of course, he has a choice to carry the product, but why carry that stinky attitude? He should remember that he abandoned Indian Citizenship to the American, as most of the immigrants do, and I believe to enjoy the fullness of being American, we should keep our home-grown-pettiness back home.

My question to the Indian and Pakistani Americans is this: when you chose to be an American Citizen, were you honest about it? Did you shed the baggage of anti-each other?

During the High school days, a Pakistani kid in Richardson Square mall harassed my son for his Indianness. Like most other kids, my son called him a Paki, and it took several conversations between us for him to see the other as a fellow American. I did not know the other kid, otherwise, I would have talked to his parents.  I did not want my kids to be biased against any human and thank God, and they have no prejudice against anyone. Let me add that I took them to every place of worship when they were kids, I wanted them to be open to people of all faiths including the LGBTQ community.

Whatever your heritage is, be it Israeli-Palestinian, English-French, Indian-Pakistani, Chinese-Taiwanese, Black-White, or anyone of the traditions from Atheism to Zoroastrianism, do you inject prejudices in your kids? You certainly can carry your prejudices to your grave, but please don’t poison your kids. You will be the loser; your kids will go along with you, but will not respect you and sometimes, will have nothing to do with you.

Remember, you are screwing up your child’s life in America, what if she/he has a chance to serve a branch of the US. Government, will he/she have the integrity to serve American interests to the best of the fair practices? Should your kid have the opportunity to be employed in such positions?  What if an Indian American is appointed as an Ambassador or an envoy to Pakistan, or a  Palestinian American is appointed to serve in Israel, will they carry the baggage their parents had dumped on them or do what is right for America?

Maybe we need to introduce a bill in the house, one must have a clean mind towards other people if they were to be employed in the government.

Becoming an American is to act in the interests of America. This can be applied in any country, the most important thing to understand is the freedoms: religion, speech, press, assembly, protest, and petition to the government.  Each human should have the freedom to eat, drink, wear, believe whatever the hell he or she wants to do in the pursuit of his/her life, liberty, and happiness. Indeed, America’s prosperity hinges on such freedoms. There shall be no compulsion.

Let your child grow up as if he/she is going to run for the President of the United States and is willing to look to every American as a fellow American. Indeed, if we can learn to respect the otherness of the other and accept the (God/Genetic) uniqueness of each one of us, then conflicts fade and solutions emerge. Indeed,  the Indian-American congressmen are representing American values and doing everything that an American should do. I particularly commend Congressman Ro Khanna and Congresswoman Pramila Jaypal, they are good role models for Indian American kids. I am sure the others are equally good, but I have not studied them to write about them.

The article can be republished, but please inform us when you do to Mike@Centerforpluralism.com

Link to this article – https://centerforpluralism.com/poisoning-your-kids/

Dr. Mike Ghouse is a thinker, author, speaker, newsmaker, and an interfaith wedding officiant. His new book American Muslim Agenda is available on Amazon. He is committed to building cohesive societies and offers pluralistic solutions on issues of the day. His information is linked-in.