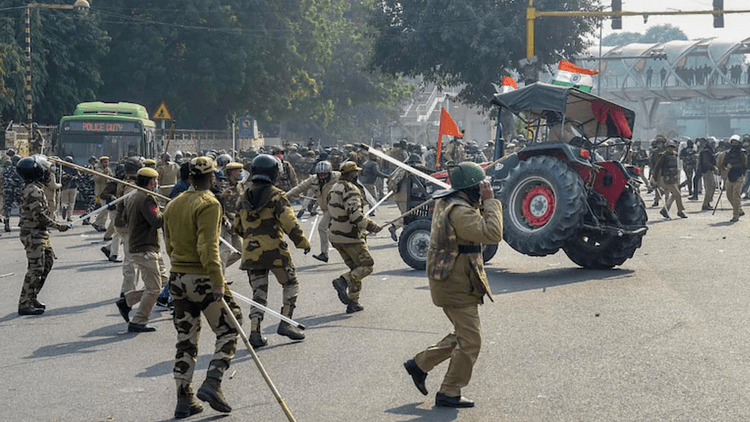 ‘Country’s Hindu nationalist govt has pursued a crackdown on expressions of dissent by the media, academics, civil society groups, and protesters,’ the report released by Freedom House says

In data that does not bode well for the country, the 2021 Freedom in the World index released by Freedom House no longer ranks India as a ‘free’ country. Laying the blame on the BJP-led government, the report says that the country is being propelled towards authoritarianism. As such, the country’s ranking has been downgraded from ‘free’ to ‘partly free’.

“India’s status declined from Free to Partly Free due to a multiyear pattern in which the Hindu nationalist government and its allies have presided over rising violence and discriminatory policies affecting the Muslim population and pursued a crackdown on expressions of dissent by the media, academics, civil society groups, and protesters,” the report says.

“While India is a multiparty democracy, the government led by Prime Minister Narendra Modi and his Hindu nationalist Bharatiya Janata Party (BJP) has presided over discriminatory policies and increased violence affecting the Muslim population. The constitution guarantees civil liberties including freedom of expression and freedom of religion, but harassment of journalists, nongovernmental organizations (NGOs), and other government critics has increased significantly under Modi. Muslims, scheduled castes (Dalits), and scheduled tribes (Adivasis) remain economically and socially marginalized,” it says.

The report lists the following ‘key developments’ in 2020:

“The political rights of India’s Muslims continue to be threatened. In December 2019, Parliament adopted the Citizenship Amendment Act (CAA), which grants special access to Indian citizenship to non-Muslim immigrants and refugees from neighboring Muslim-majority states. At the same time, the government moved forward with plans for the creation of a national register of citizens. Many observers believe the register’s purpose is to disenfranchise Muslim voters by effectively classifying them as illegal immigrants. Importantly, Muslims disproportionately lack documentation attesting to their place of birth. Undocumented non-Muslims, meanwhile, would be eligible for citizenship through a fast-track process under the CAA,” the report says.

“The citizenship status of nearly two million residents of Assam remains in doubt after a citizens’ register was finalized in the northeastern state in 2019,” it adds.

Regarding the RTI Act, the report says: “Most requesters do not receive the information sought, including those seeking information about core government policies, and noncompliant bureaucrats generally go unpunished. Dozens of right-to-information users and activists have been murdered since the act’s introduction, and hundreds have been assaulted or harassed. In 2019, Parliament adopted amendments to the RTI Act that placed the salaries and tenures of the central and state-level information commissioners under the control of the central government, potentially exposing the commissioners to political pressure.”

The report says: “Authorities have used security, defamation, sedition, and hate speech laws, as well as contempt-of-court charges, to quiet critical voices in the media. Hindu nationalist campaigns aimed at discouraging forms of expression deemed “antinational” have exacerbated self-censorship. Online disinformation from inauthentic sources is ubiquitous in the run-up to elections. Separately, revelations of close relationships between politicians, business executives, and lobbyists, on one hand, and leading media personalities and owners of media outlets, on the other, have dented public confidence in the press.”

“In 2020, dozens of journalists whose reporting was critical of the government’s handling of the coronavirus pandemic were arrested, and media outlets faced pressure to praise the government’s response. In a March video conference with the heads of India’s largest newspapers, Prime Minister Modi called on media to help prevent the spread of “pessimism, negativity, and rumor mongering,” which many perceived to be a warning not to criticize officials’ management of the pandemic,” it says, adding, “Journalists risk harassment, death threats, and physical violence in the course of their work.”

The report says: “A number of Hindu nationalist organizations and some media outlets promote anti-Muslim views, a practice that the government of Prime Minister Modi has been accused of encouraging. Attacks against Muslims and others in connection with the alleged slaughter or mistreatment of cows, which are held to be sacred by Hindus, continued in 2020. The non-profit group IndiaSpend documented 45 killings by cow vigilantes between 2012 and 2018. More than 120 cases of cow-related violence, including lynchings, have been reported since Modi came to power, and the BJP has faced criticism for failing to mount an adequate response.”

“In 2020, during the early weeks of the COVID-19 pandemic, the country’s Muslims were widely and speciously blamed for spreading the coronavirus, including by ruling-party officials. Separately, in September, 32 individuals charged with orchestrating the illegal 1992 demolition of a prominent mosque in the state of Uttar Pradesh were acquitted by a special court, despite substantial evidence of their culpability. Among those exonerated were several high-profile members of the BJP. Modi had laid the foundation stone for a new Hindu temple on the site a month earlier, after a long-awaited 2019 Supreme Court judgment had permitted the construction of a temple there. The mosque had stood on the site for centuries prior to its unlawful destruction,” it added

“Legislation in several states criminalizes religious conversions that take place as a result of “force” or “allurement,” which can be broadly interpreted to prosecute proselytizers. Some states require government permission for conversion,” the report noted.

Illegitimate use of force

The report says: Torture, abuse, and rape by law enforcement and security officials have been reported. A bill intended to prevent torture remains pending. Abuses by prison staff against prisoners, particularly those belonging to marginalized groups, are common. Figures reported by the National Human Rights Commission (NHRC) suggest that 1,723 deaths occurred in judicial or police custody from January to December 2019.”

“Security forces battling regional insurgencies continue to be implicated in extrajudicial killings, rape, torture, kidnappings, and destruction of homes. While the criminal procedure code requires that the government approve the prosecution of security force members, approval is rarely granted, leading to impunity,” it added.

The report also took note of the ‘excessively harsh lockdown’ imposed in the country. “India’s large internal migrant population suffered significant hardships during the early stages of the 2020 pandemic. The government imposed an excessively harsh lockdown in March that offered little assistance or security to low-paid workers, millions of whom were consequently compelled to travel from cities to their native villages for lack of employment and essential supplies; many were unable to access basic services, including transportation, and were forced to walk hundreds of miles,” it says.

Here is the link to the complete report: