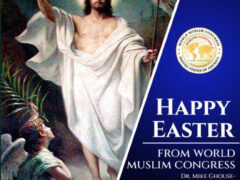 This article was first Published on Feb 21, 2021 at – : http://bit.ly/3pAPDTa Harriet Sherwood On the site of a church torn down by East Germany’s communist rulers, a new… Read more »

Samar Halarnkar This article was first Published on Jan 24, 2021 at – : https://scroll.in/article/984915/the-mass-radicalisation-that-india-does-not-acknowledge The persecution of Muslims is rooted in growing bigotry within Hindu society and its normalisation… Read more »

This year, the Mollapara Durga Puja committee has cancelled cultural programmes, and is instead organising food distribution drives in their neighbourhood. Setting an example of unity and brotherhood, Hindus and… Read more »

Of all the commemorations, Muharram could become significant in this millennium. It was a battle between good and evil fought 1340 years ago that we face collectively now. Imam Hussein… Read more »

BOOK RELEASE: PHILANTHROPY MISUNDERSTOOD The book will be released on Saturday, October 19th, at 5 PM in a reception at the Museum of Biblical Art in Dallas, Texas.  I will… Read more »

A difficult Eid Mubarak It is not easy to say, Eid Mubarak – while witnessing senseless gun violence, and mindless killing of fellow Americans and fellow humans across the world. No… Read more »