Saturday, March 18, 2017, Washington, DC – A small group of people from the Pakistan American Association gathered up in Chevy Chase Community Library to discuss where we stand in this political climate and what can be done. I was invited to participate in the conversation along with 15 other community members. 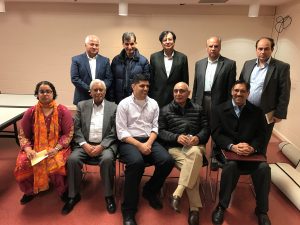