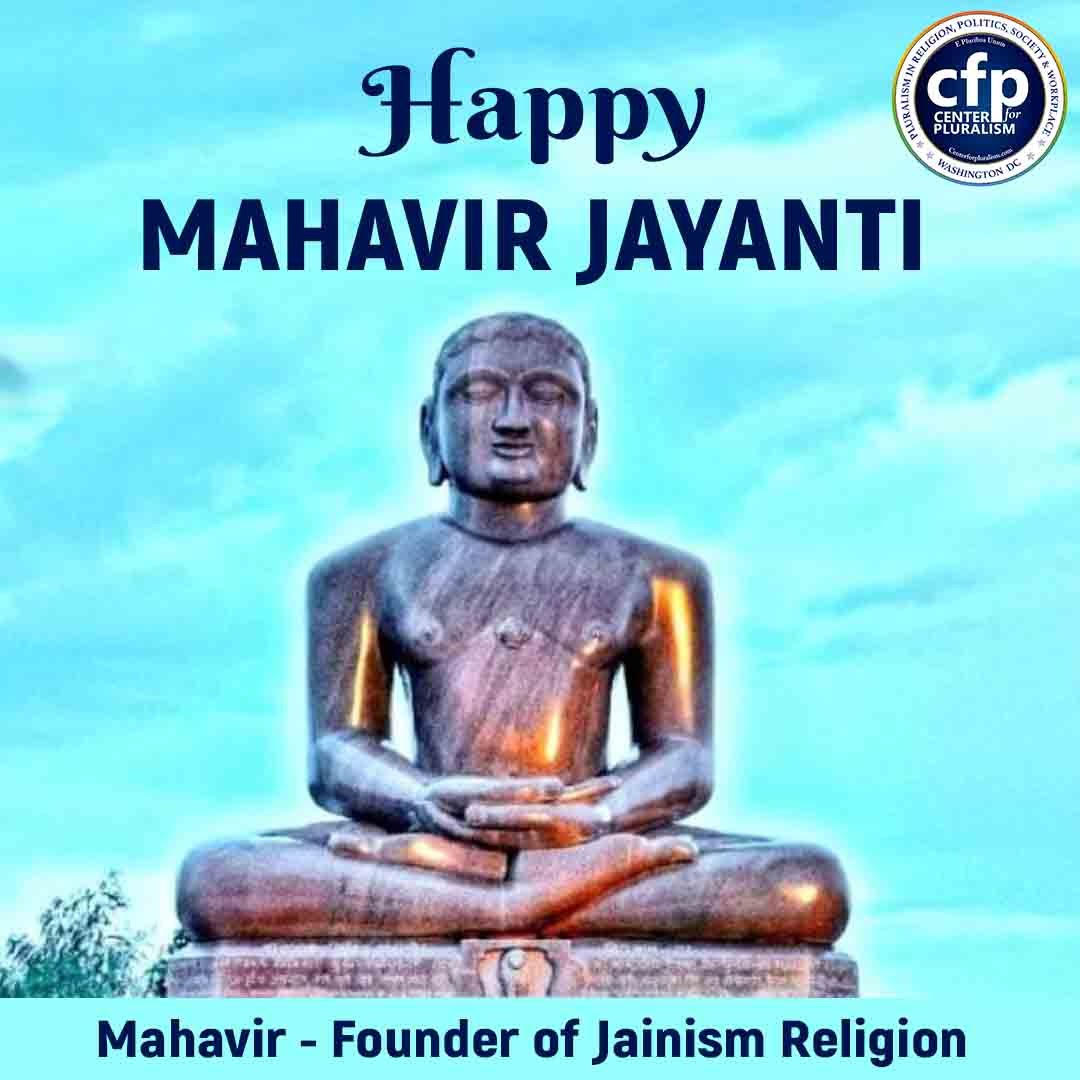 April 14, 2022 — Today is Lord Mahavir’s birth celebrations, Mahavir established Jainism, a world religion, and his birthday (Jayanti) is celebrated worldwide by the Jain community in memory of the last spiritual teacher of Jainism.

He was born in 599 BC, at Kshatriyakund, Bihar, India, on the 13th day of the bright half of the moon, in the month of Chaitra. He was the 24th and the last Tirthankar (teaching God who preaches dharma – righteousness).

He was born to King Siddhartha and queen Trisala; Mahavir was named Vardhaman by his parents. He was born into a royal family, but royalty and the luxurious life did not please him. He was in constant search of inner peace and spirituality.

In his early years, Vardhaman developed a deep interest in the core beliefs of Jainism and started meditating. He led an ascetic life, and for more than twelve years, he practiced rigorous penance and profound austerity before attaining ‘Kevala Jnana’ or omniscience. At 30, he renounced the throne and his family to seek spiritual truth.

According to him, to live a righteous life, one should follow the following principles:

His teachings are the main pillars of Jainism, also known as ‘Jain Agamas.’

“Festivals of the World” has been an educational series since 1993. The source of conflicts between us emanates from the fact that we don’t know each other; whatever we have learned about the other is harmful myths. The solution? When we live in the same street, communities, cities, and the same nation as neighbors, we might as well learn about each other. The best way to build cohesive societies is for its members to participate in festivities and commemorations of each other or at least understand each other’s joys and sorrows.